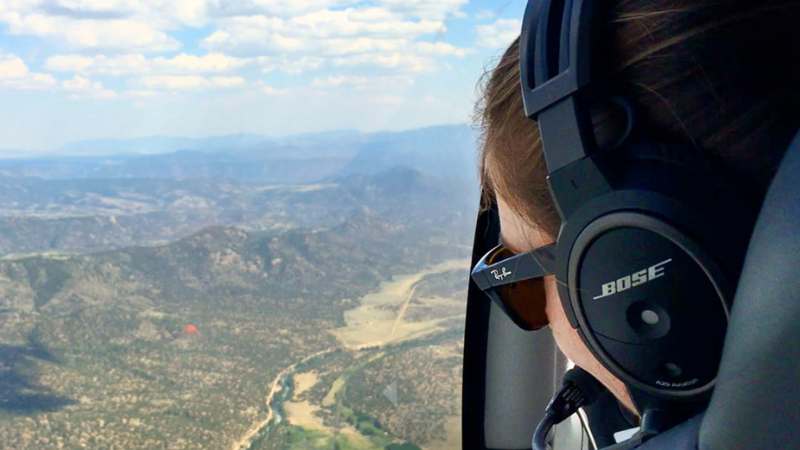 The CTAF and UNICOM are helpful services often used by pilots for communications purposes. Each service has a different use and meaning. If you’re a student pilot or just new to the world of piloting, you might find the terms confusing or when to use them.

In this article, we’ll shed more light on everything you need to know about CTAF and UNICOM, including the meaning of each of them, key differences between them, and when to use CTAF and UNICOM when flying in the US.

What does CTAF mean?

CTAF stands for Common Traffic Advisory Frequency. It refers to the VHF radio frequency that pilots use for air-to-air communication in the United States non-towered airports. The CTAF frequency allows the passing pilots to announce their location and intention.

This frequency is used in airports whose control tower operates part-time. Most towered airports tend to close their throughout the night but they still keep their airports open for activities such as cargo operations. 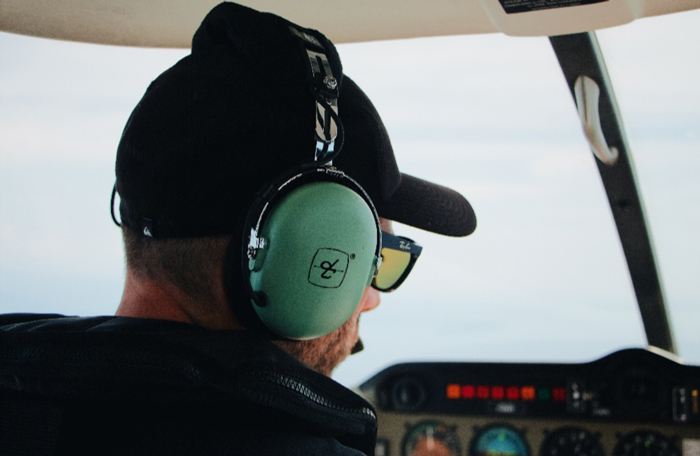 Thus, pilots operating around this period of ‘no control tower’ rely on the CTAF service to give their position and acknowledge any other aircraft in the airfield traffic pattern—ensuring they coordinate their arrival and departure smoothly and safely.

What does UNICOM mean?

UNICOM stands for Universal Communications and is basically a CTAF allocation. It is defined as a non-government base station that offers ground to air and air to ground communication.

Some airfields will offer UNICOM services throughout but others only revert to the service when the control tower gets closed.

Under this protocol, you’ll be calling a non-governmental ground station as a pilot to announce your intentions. Pilots joining the Frequency, later on, may request field advisories such as wind direction, weather information, recommended runway, and even any previously reported traffic.

A UNICOM station is usually operated by non-air traffic control private agency and offers advisory service at uncontrolled airports and aerodromes. It is also great for offering non-flight services, e.g. requesting a taxi, even at towered airports.

A UNICOM finds most use in airports that receive low volume traffic and have no active control tower.

Are UNICOM and CTAF the same?

UNICOM and CTAF are the same in that both are used by pilots to make “blind calls” to get airport or arrival information (simply referred to as traffic advisories which encompass info like wind direction, who’s in the circuit, which runway is in use, and so on).

However, the two services have distinct differences in their use.

The part-time tower frequencies revert to CTAF when the tower gets closed while Unicom is based on a completely different frequency.

If you were to call on a combined CTAF/UNICOM frequency, what you say will directly affect what response you get.

For instance, you can call “Traffic” on the CTAF frequency, to self-announce your position to another aircraft. In this case, you don’t expect any response.

You can call UNICOM when you want to get a response from the ground station. Pilots always ask for advisory from UNICOM, so it’s not wrong to do so. The only problem with soliciting for advisory on this frequency is the quality of information you expect to get. Sometimes, the quality is pretty high but other times you get poor quality or even non-existent info. 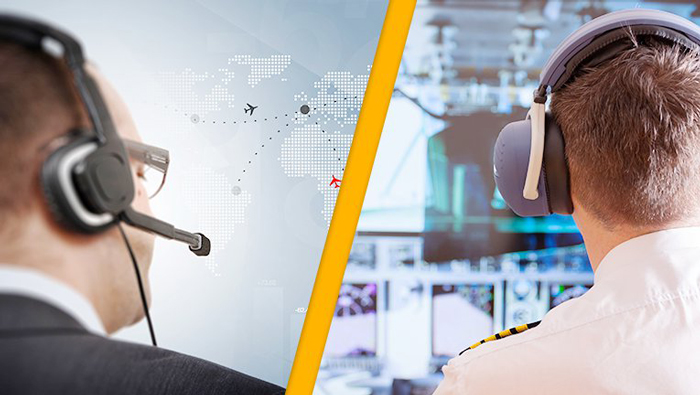 A good quality UNICOM will give you information about the runway not in use (not the best or favored runway) and winds.

The invention of AWOS (Automated Weather Observing System) stations has, however, made the UNICOM service less important. You can get automatic updates on the wind from the AWOS system.

You can get the runway predominantly in use by listening to the CTAF. If you find nothing helpful on CTAF, you can simply pick a runway indicated by the winds on the AWOS or a preferential runway system described in AF/D.

In the United States, most of the non-towered airports utilize the same frequency for both the CTAF and UNICOM purposes. As a pilot, you’re advised to check your sectional charts and/or Airport/Facilities Directory (Chart Supplement) to easily determine the appropriate CTAF frequency before operating at any airport.

In case you call a ground station (UNICOM) that has no staff managing it, you’ll definitely receive no acknowledgment. In this case, you should use a CTAF frequency to self-announce your position as well as your intentions. This is quite easy since CTAF frequency is often the same as the UNICOM frequency.

For an airport that has both the part-time control tower and the part-time UNICOM, the same frequency is usually used by both ground stations to keep away confusion.

Many UNICOM stations are usually operated by an FBO (fixed-base operator) and you can use them to request other services such as taxi services, fuel trucks, outgoing phone calls, to name but a few.

NOTE: Keep in mind that the frequencies allocated to CTAF and UNICOM services are shared among a high number of non-towered US airports, so you’re likely to listen to traffic and circuit calls from multiple airports. For this reason, it’s crucial to use your airfield name at the beginning and end of your transmission to ensure you get more quality info.

CTAF vs UNICOM vs MULTICOM

MULTICOM is also a frequency allocation of CTAF, but it has NO physical base station like the UNICOM service. It’s usually reserved as CTAF for airports that lack other facilities.

In other words, MULTICOMs are used at airports that lack a fixed base operator (FBO). The service is also used for activities of emergency, seasonal, or temporary nature.

MULTICOM frequencies aren’t specific to any airport or area.

If an airfield doesn’t have CTAF/UNICOM frequency, then you can revert to the general MULTICOM frequency (this is usually 122.9Hz).

CTAF frequency is used for air to air communication while UNICOM is used for ground to air (and air to ground) communications. Though the two services have a few distinct differences, they’re used by pilots to announce their positions and intentions and receive traffic advisories.

Now that we have taken you through an in-depth discussion on how to deal with CTAF and UNICOM, you shouldn’t be confused on which one to use and under what circumstances to use them.

How To Build A Home Flight Simulator From Scratch (A Step-by-Step Guide)
Piper Archer vs Cessna 172: Which One is Right For You?
Becoming a Pilot at 30: Age Is Not a Barrier
How to Become A Bush Pilot? For Complete Beginners
Load Meter vs Ammeter: How do They Compare
How to Become a Private Jet Pilot?
How Fast Does a Private Jet Fly?
How Long Does it Take to Become a Helicopter Pilot?
Top 30 Major and Busiest Airport in Europe
How Far In Advance Can You Book A Flight?