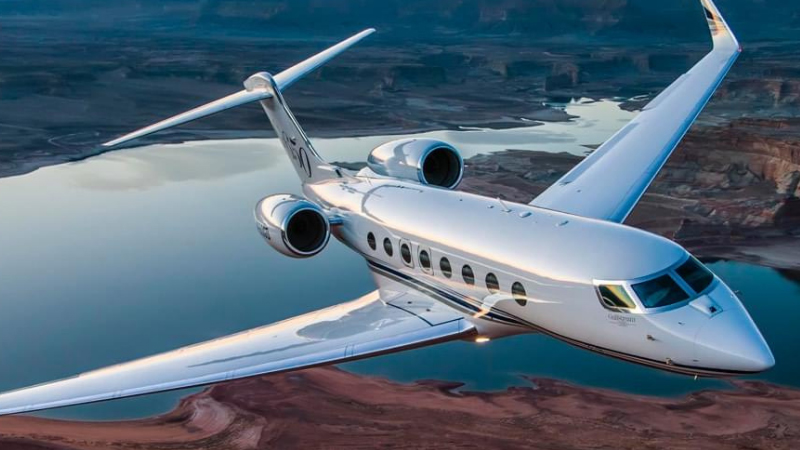 How Fast Does a Private Jet Fly?

Private jets are not only luxurious but also time-savers. They help you avoid wasting hours at airlines and reach your destination faster. This is probably the top reason why professionals like doctors, journalists, business leaders, etc., prefer private jets.

If you’ve been wondering how fast a private jet travels, you’re about to find out in a moment.

How fast a private jet flies: 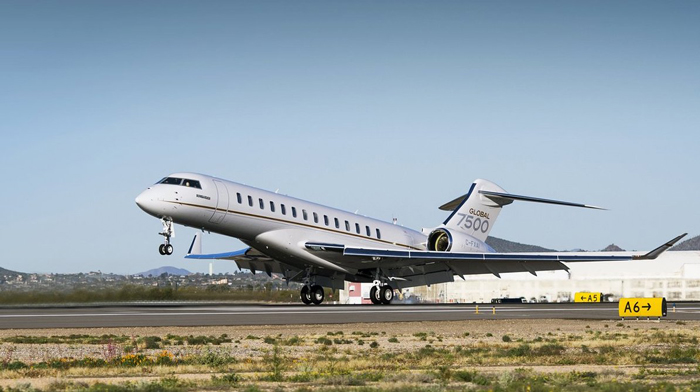 Why are private jets faster than commercial planes?

The reason why these vessels are the fastest means of transport has something to do with their motorization and size.

The jets are extremely light planes. Most of them feature a structure comprising lightweight aluminum and composite materials. The weight factor makes them faster compared to commercial airlines.

The jets also feature powerful engines. The top engine manufacturers namely General Electric, Rolls Royce, and Pratt & Whitney are always competing to produce the most powerful and efficient engine for business jets. This is partly the reason why private jets boast one of the highest power-to-weight ratios in the industry. 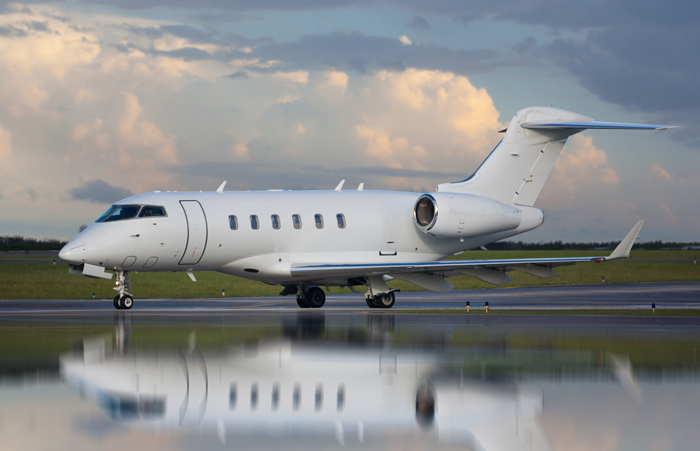 The most obvious reason why private jets are faster is that they don’t subject you to time-consuming airline hassles. For business aviation, you don’t have to do the long queues for checking and security screening. Instead, you can access private terminals which will take you 15 minutes only.

Heck, Private jets even offer you the luxury of deciding what time you want to fly and the airports you want to depart at and arrive at! This means you can request a private jet to land at a smaller airport closer to your destination and save time.

The size and engine of a private jet directly affect its speed. But the altitude and temperature also affect how fast the jet travels. 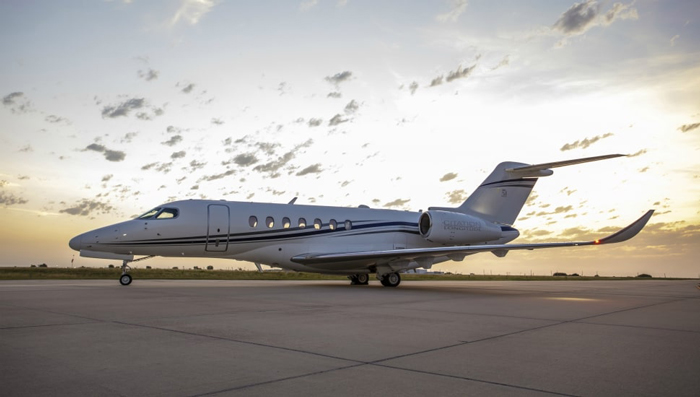 Attitude can also affect how fast a private jet flies. The higher the jet goes, the more the speed it travels at. Private jets generally hit a maximum altitude of 4 1,000 feet. This is a bit higher than commercial planes that fly at an altitude between 31,000 and 38,000 feet.

Which is the fastest private jet?

The fastest private jet on the planet at the time of writing this post is the Gulfstream G700—with a top speed of up to 1142 km/h at up to 51,000 ft. It comes equipped with dual Rolls Royce Rb.3043 engines, each delivering a thrust of 18,250 Lb. This model sits above all its competition with overpowered engines and ultra-spacious cabin space. 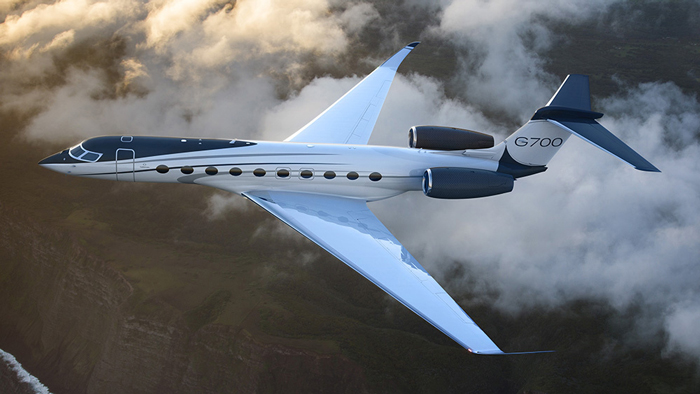 Cessna Citation X+ takes the second spot on the list of the fastest jets with a maximum speed of 1194 km/h. Mind you, this jet has ranked as the fastest vessel for 6 straight years until the entry of Gulfstream G700. The jet features dual high-powered Rolls-Royce AE3007CE turbojets which give it extraordinary flying speeds. The Cessna can achieve a high altitude of 47,000ft (14,300m) in a mere 24 minutes. The higher the altitude, the faster the speed! 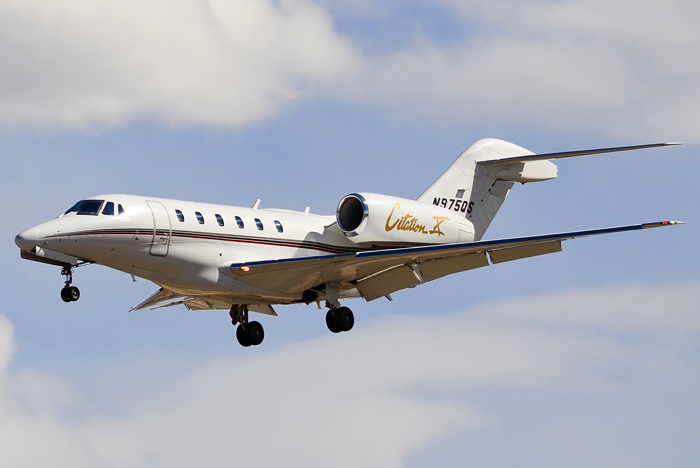 Gulfstream G650 is the 3rd fastest private jet on the planet. It boasts two Rolls-Royce BR725 engines each delivering up to 16,900lbs thrust—enabling the jet to travel at a super-fast speed of 1142 km/h. The 19 passenger capacity jet has a range of 7000 nm (nautical miles) which makes it capable of connecting most of the capitals on the planet non-stop! 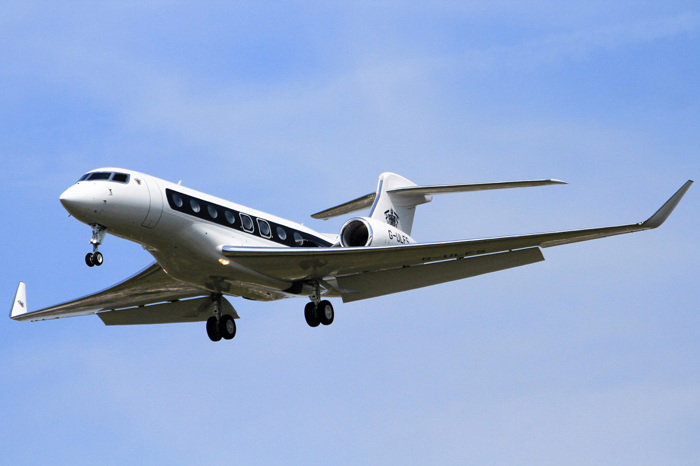 At an average cruising speed of 600mph, a private jet remains the fastest mode of transport to get you to your destination. It has become a darling for businesses and professionals who don’t want to waste time on commercial airlines. Besides speed, a private jet also lets you enjoy amenities not found in commercial airlines while giving you total privacy and ultimate comfort.

How To Build A Home Flight Simulator From Scratch (A Step-by-Step Guide)
Piper Archer vs Cessna 172: Which One is Right For You?
Becoming a Pilot at 30: Age Is Not a Barrier
How to Become A Bush Pilot? For Complete Beginners
Load Meter vs Ammeter: How do They Compare
How to Become a Private Jet Pilot?
CTAF vs UNICOM: Meaning and Key Differences
How Long Does it Take to Become a Helicopter Pilot?
Top 30 Major and Busiest Airport in Europe
How Far In Advance Can You Book A Flight?