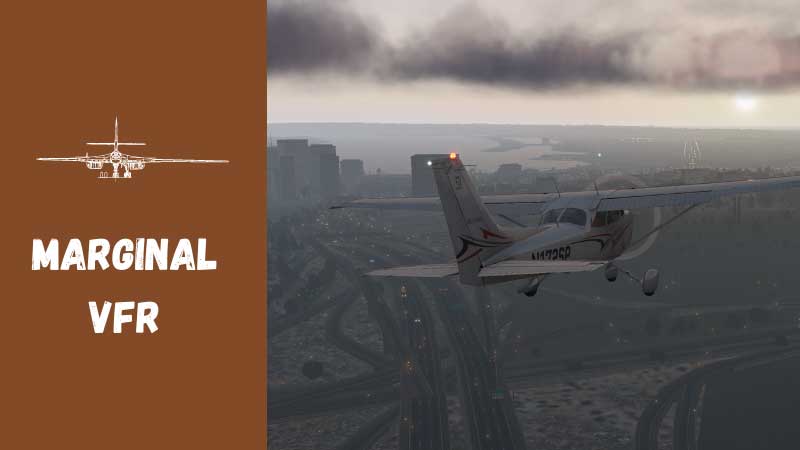 What really is a good day to fly? Is there any parameter that can tell you (the pilot to be precise) about the right conditions for flying?

Yeah, luckily, there is!

Thanks to the Marginal Visual Flight Rules or MVFR that acts as an indicator or criteria on the Weather Depiction Chart or Flight Planning Software.

This is a criterion that defines the minimum ceiling (distance of the lowest broken/overcast cloud layer above the ground) and visibility (greatest visible distance) for a flying condition without any special planning.

As we’re talking about special planning, there are some other flight rules that come into play such as the VFR, SVFR, IFR, and LIFR.

If you’re wondering what these terms really mean and what are the differences, we’ve got you covered in this article titled. Everything you need to know about marginal VFR is here.

What is MVFR in Aviation?

In aviation, MVFR or Marginal VFR Minimums is a criterion that defines the ceiling (overcast/broken clouds) of minimum 1,000 feet up to 3,000 feet above the ground and a visibility range of 3 SM (Statute Miles) to 5 SM (Statute Miles).

The MVFR meaning is simple to understand, it means depicted in Blue in different Flight Planning Software. 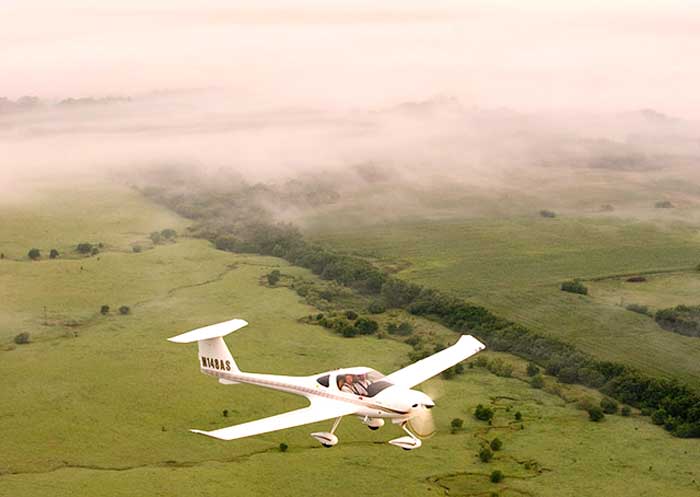 This is actually a description of the minimum flying condition under normal regulations. You can also consider it as the most vulnerable one where pilots without an instrument rating could get themselves killed.

And in such a marginal level of ceiling and visibility, you need a serious level of flying skills to fly through. Although it’s not illegal for a private or a non-instrument-rated pilot to fly in MVFR conditions, they should still consider staying back home.

MVFR Flight Rules: Everything You Wanted To Know About

We’ve already seen that MVFR equals a ceiling of 1,000-3,000 feet above the earth’s surface and/or a visibility range of 3-5 Statute Miles. Now it’s time to see what rules or tricks should be followed to fly in marginal VFR conditions. 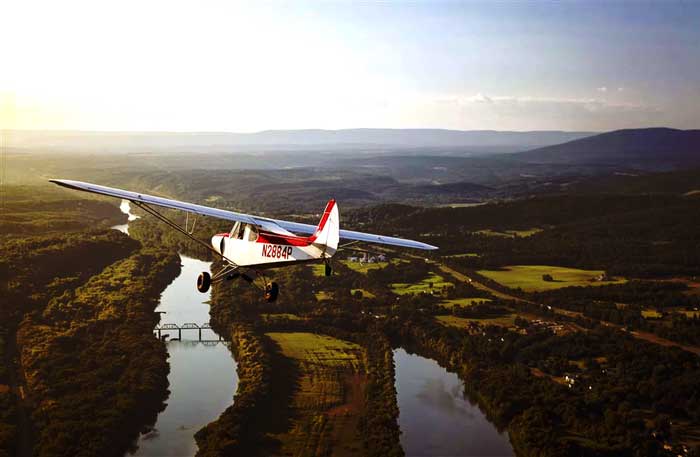 What is the Visibility for MVFR in Statute Miles?

While talking about visibility in aviation, it’s actually the Prevailing Visibility (in aviation terms) which refers to the longest visible distance throughout the minimum half of the horizon, determined by the weather and light conditions.

This distance should allow a prominent unlighted object to be clearly visible and identified. It’s observed using different reference points like hills, buildings, or other assorted geographical features.

Its measuring unit is a Mile or Statute Mile where one mile is equal to 1,760 yards or 5,280 feet. Here Statute Mile is a definitive measurement name used in maps, including aviation maps and flight planning software. 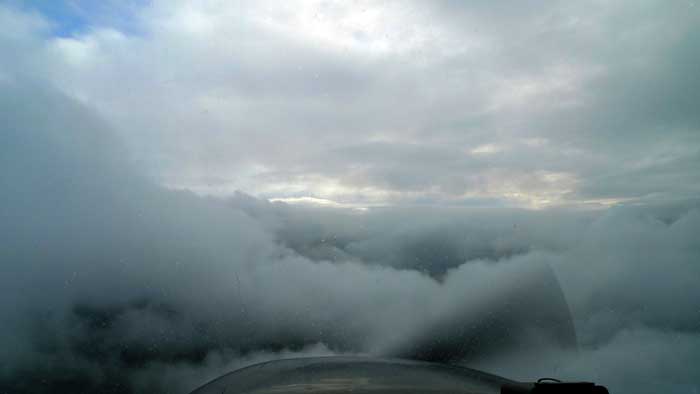 In MVFR, visibility ranges from 3 to 5 statute miles, with anything less than 3 SM during the day or 5 SM at night being considered unsafe to fly.

Therefore, only highly skillful VFR pilots and IFR-certified pilots can fly in this visibility range.

VFR vs MVFR vs IFR vs SVFR

We’ve seen a lot about the Marginal VFR so far. It’s time to check out some other flight rules, such as VFR, LIFR, IFR, SVFR, and draw their differences.

VFR: VFR or Visual Flight Rules is the flying condition where a non-instrument rated or a private pilot can fly without any additional regulations. In this condition, the ceiling is considered greater than 3,000 feet and visibility more than 5 Statute Miles, including a clear sky.

It’s depicted in Green in the Flight Planning Software. The green dots mean a great weather condition for flying unless you’ve strong winds or convective SIGMET like a thunderstorm to face. 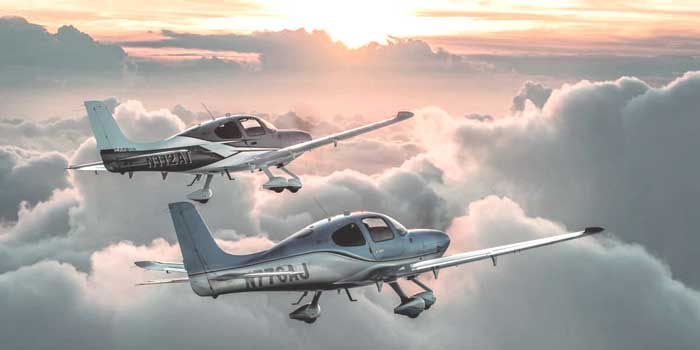 IFR: Now, let’s discuss a more critical flying condition. It’s known as IFR or Instrument Flight Rules, where the ceiling is considered 500-feet to less than 1,000 feet and/or visibility ranges from 1 statute mile to less than 3 statute miles.

To fly in this condition, a pilot has to have an IFR Flight Plan or ask for a Special VFR clearance from the ATC tower. It’s depicted in RED on the Flight Planning Software.

Only the instrument-rated pilots can fly in this condition as it takes a lot of skills to fly using instruments only.

LIFR: Here, we’ve got the most critical and special case flying condition or flight rules known as Low Instrument Flight Rules or LIFR. In LIFR, ceilings are below 500 feet above the earth's surface, and/or prevailing visibility is below 1 mile.

It’s the toughest flying condition where even an experienced instrument-rated IFR pilot can have a hard time landing. LIFR needs special IFR flight planning the condition is depicted in Magenta in different planning software. 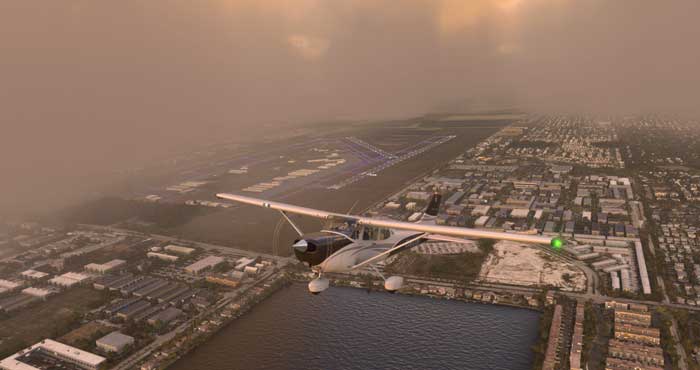 SVFR: Special Visual Flight Rules (also known as SVFR) is a subset of VFR flying conditions that allows a pilot to operate an aircraft under VFR in some special cases. SVFR operations are authorized in weather conditions below the basic VFR minima.

SVFR clearances allow pilots to land at surface E at class B, C, or D airports when the weather condition is not meeting Visual Meteorological Conditions minima. In this case, the field is similar to IFR conditions, provided that visibility is at least 1 SM, and the pilot can clear clouds.

The Differences in the Flight Rules

Now, suppose we’re to draw the differences between all these flight rules. In that case, we can say the Marginal VFR weather minimums is the minimum flying condition under normal circumstances, which a regular pilot can opt for. 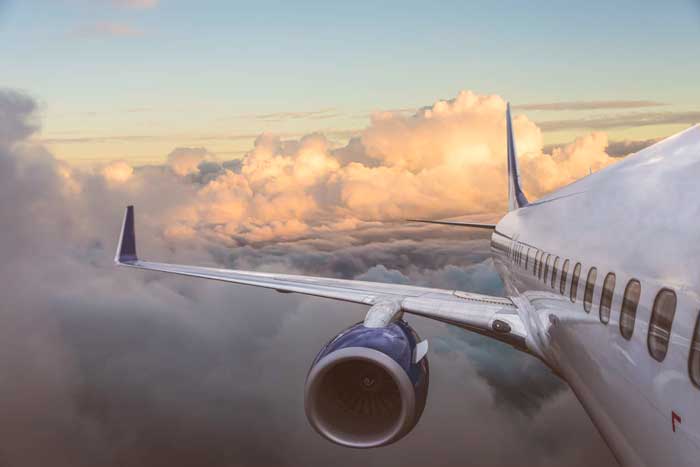 Below this condition, you have IFR, LIFR, and SVFR, which are special flying conditions and require trained and certified (Instrument-rated) pilots with special clearances. And above that, you have VFR, which is the most friendly flying condition for a pilot to fly.

Can you fly in Marginal VFR conditions? Well, it’s authorized for private pilots to fly, but here, we aren’t talking about the legal aspects only. Being instrument-rated mightn’t be a legal necessity, but it’s a practical necessity to fly in MVFR. At least, you should have plenty of experience of flying in these conditions.

When it comes to IFR, SVFR, or LIFR, it’s neither practical nor legal to fly in those conditions unless you’re an instrument-rated pilot with years of experience. The only favorable condition for private and non-instrument pilots when they can be worry-free about flight rules is VFR.

We hope this article has helped you understand different flight rules and flying conditions so that you can easily differentiate them.

Why Are Helicopters Flying Over My House? Explained!
Can pilot wear glasses?
Can You Be a Pilot If You Have Asthma
Android Alternatives to Foreflight
How To Build A Home Flight Simulator From Scratch (A Step-by-Step Guide)
Piper Archer vs Cessna 172: Which One is Right For You?
Becoming a Pilot at 30: Age Is Not a Barrier
How to Become A Bush Pilot? For Complete Beginners
Load Meter vs Ammeter: How do They Compare
How to Become a Private Jet Pilot?